The guys warned me about Tel Aviv. They mentioned it in the same breath along with places like Sitges and Mykonos, and when I heard them speak, it was either accompanied by gushing adulation or a tinge of disdain. In my mind was the overawing image of a bacchanalian playground: an urban sprawl of sweaty sculpted bodies ready to devour men whole with unapologetic hunger. They drew me in with an aplomb at once entrancing and intimidating. As I pussyfooted into this paradise of sorts, I prayed I wouldn’t be one of those they spat back out, left alone to loiter in disillusionment.

My impatience got the best of me that first night. I didn’t sleep. As I connected to the wifi, the messages poured: all of Tel Aviv was wide awake. At three in the morning, I understood then why they called it the Non-Stop City. A cornucopia of hellos and היי flooded my screen and filled me with ecstasy. Each ping was a badge of desire, acceptance, and belonging. I basked in the glare of the grinding screen light; it was better than any dream I could have dreamt. I sought them out, fumbling euphorically from the groove of one bed to the temptation of another. I remember squinting at house numbers on dimly lit streets, stone-cold floors and portable heating units, swirls of flaxen hair, and honeyed lips dripping with interjections. In those twilight hours, I feared nothing, I denied myself nothing, I gave in fully to my limitlessness. It was nearing ten by the time I shuffled back up the stairs of the Abraham Hostel. Breakfast was just ending, and I hastily snatched up some pieces of sweet halvah before returning to my room and burrowing into the bunk. 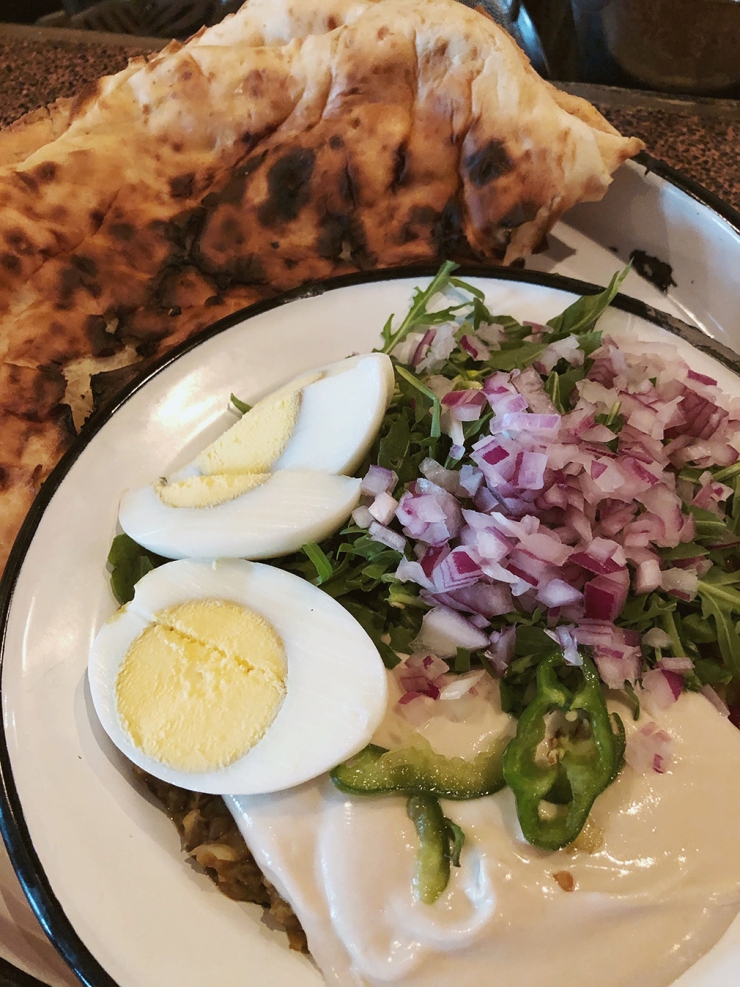 What little recollection I have of daytime Tel Aviv perplexed me. At first glance, everything appeared alien and unfamiliar, but as I walked, I began to feel like I had known it all my life. By the waterfront of Jaffa, the minaret of the Sea Mosque and the lapping waves painted a wistful portrait of the city’s past incarnations. But beyond it, in the cacophony of coffeeshops, murals, and construction, I sensed the spirit of San Francisco Bay. They didn’t call it Silicon Wadi for nothing: here were the same palms, the same dusty street corners with their hipster establishments and nonplussed residents, the same occasional over-the-top glitzy condos that will forever be out of my reach, the same me. I closed my eyes and I was fourteen, strolling down the wide boulevards under the dry Californian sun, Frappuccino in hand, wondering which used CD I would buy next with my week’s allowance. It all reminded me of a childhood that was too far behind me.

I didn’t have time to dwell on the thought, though, as Rami pulled up by the hostel in loose sweatpants and a massive Toyota pickup. We had been exchanging texts and pictures, and when I told him I was leaving for Jerusalem that day, he offered to take me. Drive with me. It was a commanding directness that I found common here, and I liked that immensely. We blew out of the city, leaving the libertine bustle of Tel Aviv behind, and suddenly the subdued shades of sea, sand, and cement were replaced by fertile hills of olive and forest green. Turning off the freeway, we parked for a pit stop to marinate in the nature.

“You’re brave,” he said as our joyride came to an end and Jerusalem loomed into view, “getting into a stranger’s car your first time in Israel.” With a look I interpreted as a mixture of amusement and surprise, he chided, “Don’t be doing that again.”

“Aren’t they all good Samaritans like you?” I quipped. We laughed, wished each other good journeys, and as he drove off, I couldn’t help but smile at this unimaginably awry and wanton adventure across the Holy Land.

I am a spare-time travel writer, singer, and songwriter based out of Zurich, Switzerland. Originally from sunny California, I packed my bags after high school and moved to Norway to be an exchange student, a decision that would change the course of my life.

Like a pearl from the South Sea, but a tad closer to continental Europe. Walk along the seaside promenade, aptly named the Golden Mile, and you'll see why Marbella is called the playground for the world's elite. All along the waterfront, ritzy restaurants, sumptuous architecture, and romantic embarcaderos tantalize passersby with mirages of faraway escapes.
If you love enough you'll lie a lot
The moody, almost mournful shores of the Cape Verdean coast have launched an entire genre of music. Cape Verde's "morna" is a national heritage and explores the themes of farewell, love for the sea, and "saudade"—an emotional state of deep, melancholic longing for something or someone beloved.
Located in one of the oldest forests in the world—the biosphere reserve of Anaga—the Camino Viejo's towering moss-covered walls have become one of the most popular photo spots on Tenerife.
Tenerife's "mountain of the moon," Mount Teide, is located in the center of the island and can be reached from any corner of the island. The drive to Teide from the north takes the longest, but it's also the most scenic, as it winds through the rolling hills of Las Lagunetas. Blanketed by pine trees, it's a perfect morning stop for nature lovers.🌲
Everything is larger in Los Gigantes. Look at this big baby we got from the supermarket!
Loading Comments...
%d bloggers like this: