We arrived at Grande Rivière Noire in the late afternoon, where Pierre and Priscille, a jovial Franco-Mauritian couple and the hosts of our cozy Airbnb, were waiting with a warm welcome. After our summit of Le Pouce earlier in the day, we were all looking forward to some cooling-off time. And were we ecstatic to discover that our new home was only a two-minute walk from paradise. 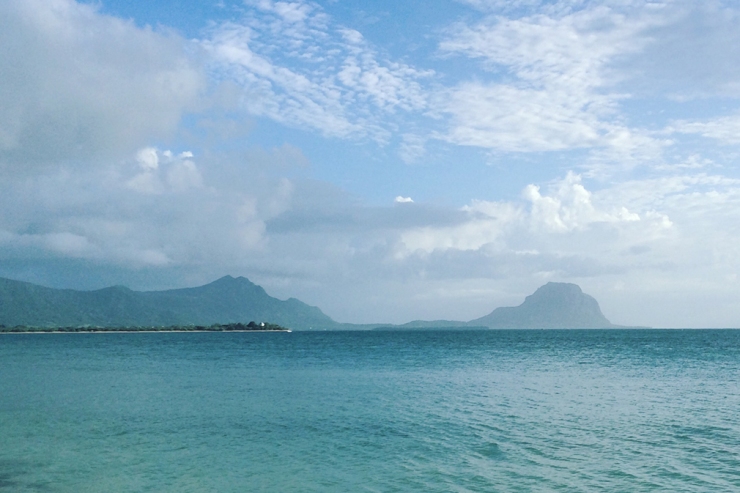 Day four would be our most ambitious day yet. With the stunning views from Le Pouce now behind us, we set our sights on our next big climb: Le Morne Brabant.

Besides promising an enticing panorama, Le Morne Brabant Mountain is also a place of historical significance for the Mauritian people: it is a testimony to the resistance of slavery and a quest for freedom. Before the abolition of slavery in 1835, the mountain was a refuge for runaway slaves, who would climb its jagged cliffs to reach the plateau at the top. They hid within the mountain’s caves and converted them into permanent shelters, covering the entrances with thick vegetation in order to avoid detection. 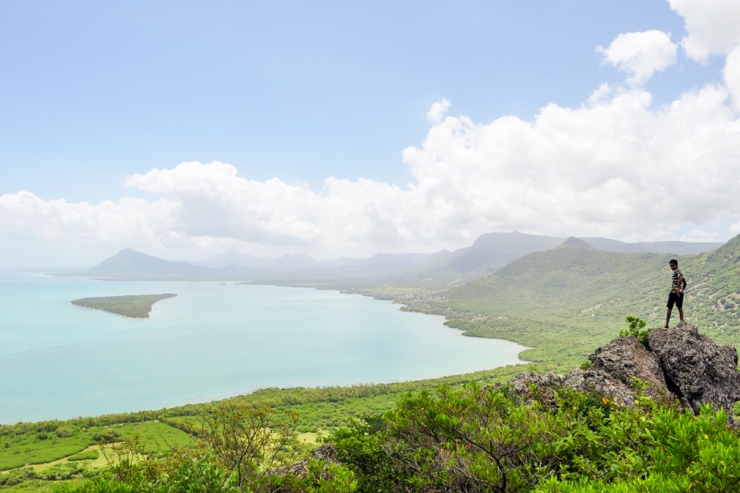 In July 2016, access to hike Le Morne was opened to the public, and so we decided to give it a go without hiring a local guide. I’ll admit, this was probably one of the trickier hikes that I’ve done. The summit of the mountain had been fenced off, and—as we found out later—for good reason: the top section of Le Morne Brabant consists mainly of steep rock faces, and the ropes which used to be there had been removed. With neither handles nor harnesses, we could only rely on the strength and resourcefulness of our bare hands and legs. But we braved it!

Reveling only for a brief moment in our accomplishment, we then scurried our way down under impending storm clouds. We got soaked anyway, and the descent was slippery, but nowhere near as difficult as I had expected.

By the time we made it back down to the foot of the mountain, the rain had subsided and the sun was blazing again. Thoroughly worn out, we headed to the seaside for some well-deserved rest and recreation.

It doesn’t matter if you prefer to trek through jungles and mountains or practice the art of dolce far niente. On Mauritius, you can do it all. My top recommendation for any visitor would be to spend a day at Le Morne. Its vibrant, balmy beachside is the absolute epitome of a dream island getaway, and aside from hiking, there are a range of other things to do in the vicinity, such as stand-up paddling, kitesurfing, and even horseback riding.

After two days of climbing mountains, we opted to take it easy and spend some time exploring the island scenery by car. 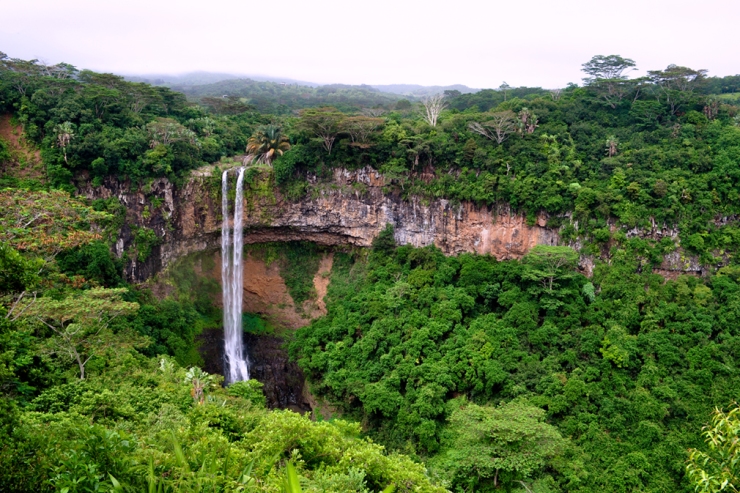 We also stopped by the Seven Colored Earths of Chamarel, nature’s own version of moving sand art. On our way back, we gave a ride to a young Mauritian hitchhiker who shared with us his stash of goyaves de Chine—strawberry and lemon guavas that he picked on his walk. Sweet, tangy, and supposedly full of antioxidants, I wish I could’ve brought a satchel home.

We celebrated our last full day in Mauritius with one final hike: a guided tour to the Tamarin (or Tamarind) Falls—a series of cascades tucked deep in the rainforest.

While the hike to the falls and back is not particularly challenging in itself, navigating through the dense vegetation can get tricky, so solo travelers should be well aware of their bearings. As my stomach was a little sensitive on our last day, I was extra thankful to have had our friendly and knowledgeable guide, Atanas, carry the supplies and lead the way.

During our walk, he explained some Mauritian history as well as the origins of goyaves de Chine, which, despite their name, actually came from South America, presumably Chile. Atanas also pointed out the best pools to take a dip. We didn’t say no to that!

Upon reaching the final waterfall, we were treated to a spectacular panorama of the lush landscape.

And just like that, our week in Eden was over. Mauritius is an adventure for all the senses, and left us wanting to see, taste, and explore more. Who knew that out in the Indian Ocean, off the coast of Africa, there existed an entire world on a single island?