Piss. The reek of yellow ammonia and dehydration, it was everywhere the sunlight touched. From the steps of the train station down to the speckled alleyways unfurling into Marseille’s port, the midday was steeped in a noxious bouquet of urine. How ironic for a city famous for its soap. Was I naïve to expect France’s second city and capital of the romantic Provence region to smell a little bit more like lavender, or at least a box of Le Petit Marseillais?

I had heard promising things about Marseille. On second thought, no. I had heard simply things about Marseille that I had pieced together into one promising vision: glass goblets flowing with custard-colored pastis; lazy afternoon siestes by the water; pensioners tossing metal boules in the city squares; canned sardines; and talkative, brown-haired boys with tanned legs and doe-like irises that smiled whenever they spoke. And had I stayed a few days longer, I’m sure I would have encountered it all, the Mathieus and Jérômes whose beautiful faces would have made my eyes quiver in bashful ardor. Marseille is big enough to be all of that: ideal and real. Dirty and dreamy.

A Guide to Marseille

Here are the unmissable sights and things to do in and around France’s second largest city.

“Grandson, your grandmother passed away this morning…without getting to see you,” came the message and a picture. She died quietly, in slumber, a week after ceasing to eat. The dull sorrow of distance reared its head. Up until now, it had never stolen anyone from me.

Eighty-four is a life well lived by any standard, isn’t it? Maybe not enough to warrant a “ripe old age of,” but certainly enough to celebrate rather than to mourn. Or…? Was I merely looking for distractions to delay those dreadful feelings from settling in? I walked a lot in the following days, I loitered, I cried some, not excessively. I leaned into Marseille, its anonymity and its discretion. It was a strange sort of protection, and I was relieved to have it. Unnoticed and unknown, I flittered through the tousled streets, looking at everything, seeing nothing: the vigilant Notre-Dame de la Garde, the Jeff Koons exhibition at Mucem, even the jagged limestone calanques of Cassis. They were all sublime, all meaningless. The third weekend of August, sunk under the grit and stimuli of the city, I was listless and lost in Marseille. 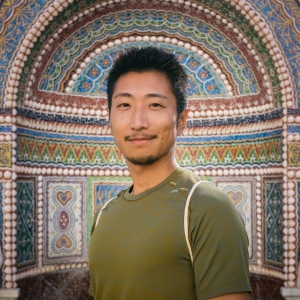 I’m a hobby photographer, traveler, singer, and writer based out of Zurich. Prior to Switzerland, I’ve been lucky to call Norway, USA, and China home.

This website grew out of my interests for good travel literature and photography. It’s my little endeavor to capture, remember, and share the noteworthy things I’ve stumbled across on my trips. Each post is little different: some are reflective, others are prescriptive. Some describe landscapes while others hone in on etymologies, political geography, and other minutiae which fascinate me.

Oh, and here’s also where you can find some of my music! I’m very sappy. Happy perusing, happy listening. —Greg

🐊 I saw my first caiman on this walk. It was so still, we all thought it was a plastic mannequin.
Scenes from Bonito town.
Some scenes from the Brazilian state of Mato Grosso do Sul. Its name, translated from Portuguese, means "Southern Thick Bush." Although most of its economy comes from agriculture and cattle-raising, it is also home to the world's largest wetlands, the Pantanal. Swipe for a look! 👉
Get you a fish 🐟🐠🐡🦈
One from the archives...
The water of the Sucuri River is one of the clearest in the entire world. This is because it is filtered by layers of limestone which calcify small solid particles in the water and sink them to the riverbed. Would you go for a dip here? 🤿
Loading Comments...
%d bloggers like this: